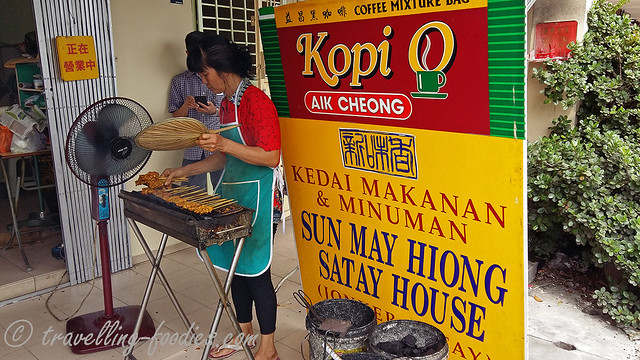 On our last day in Melaka, we were trying to make full use of our time yet making sure that we won’t be late for our coach ride back to Singapore. Then I remembered Sun May Hiong Satay House which my friend highly raved and recommended, that is just a stone’s throw away from the beautiful Casa del Rio Melaka we have been putting up at for the last couple of days. It seems like fate has it that satay should our last meal in Melaka for this trip! And a well deserving meal it was! 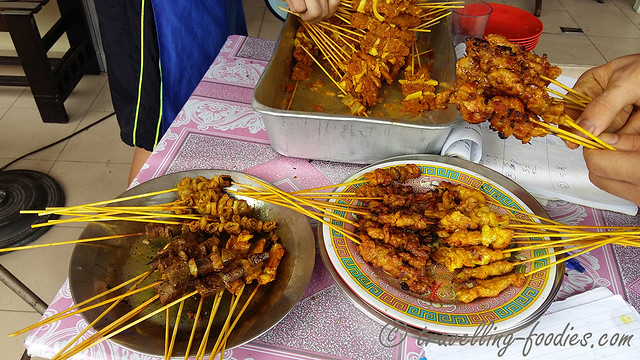 Sun May Hiong isn’t just any run-in-the-mill kinda satay house. Despite being commonly associated with Malay and Indonesian cuisine, the satay sold by the Chinese community in Melaka and other parts of Malaysia offers pork as well! And Sun May Hiong and some other satay delis in the vicinity, like the other famous joint in the corner coffeeshop at Jalan Kampung Kuli takes the Chinese satay experience a notch further, offering not only meat satay but also those of innards, i.e. liver and small intestines. Now we are talking about interesting satay! Something we don’t get to see very much in Singapore if at all! 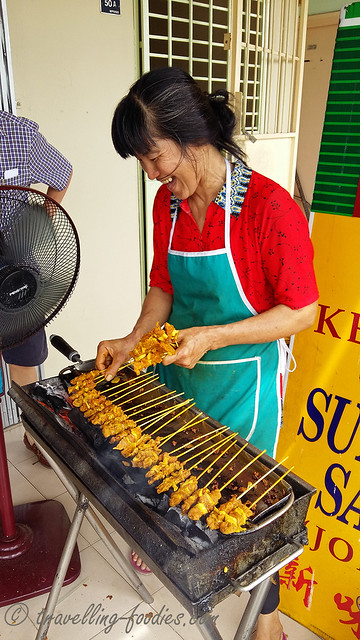 The towkay neo was all sulky and tired when we first reached the shop, and understandably so as it has been about 4 hours since their opening at 10 am, not forgetting the prep work which probably began way earlier than that. Took a bit of warming up with her in front of the charcoal stove （pun intended) but it didn’t take long to bring a smile to her face after some quick chatting up! 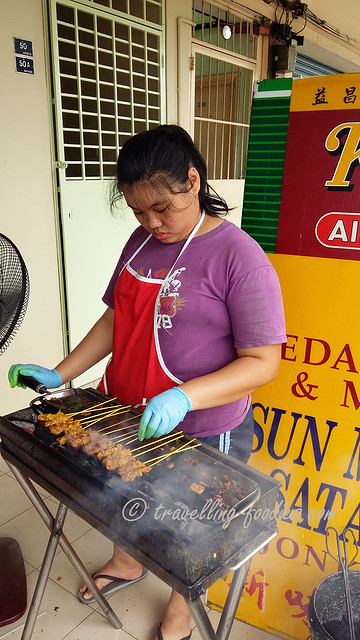 Suddenly she rushed off into the shop to settle some business, a delivery from the back I think and her little helper takes over. Her children helps out at the shop over weekends and school holidays. Sometimes, classmates and cousins are roped in as well, to ease the manpower situation so as to handle the overwhelming human traffic. And they get to earn some pocket money as well! Don’t belittle the “panggang” skills of this little lady. She flipped the satay skewers like a pro just like the towkay neo! 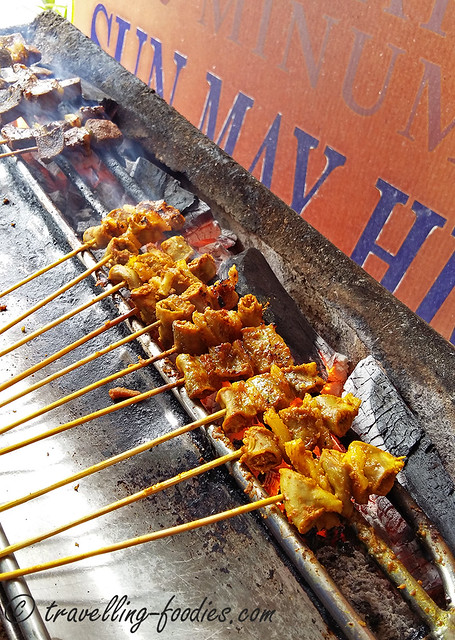 And here’s our order of small intestine satay on the grill. The aroma was simply unbelievable! 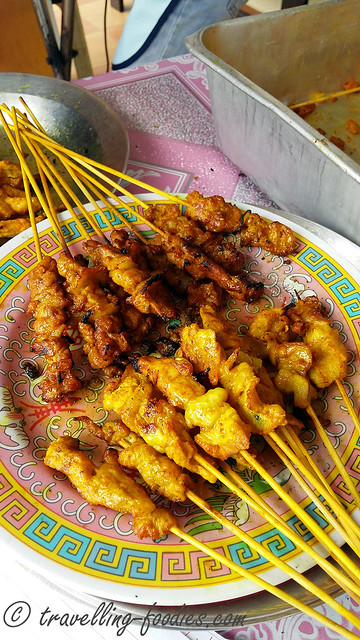 And finally our pork and chicken satay which were grilled over another stove, by another young helper was also ready! Loved especially the bits of charred fat interspersed between the meat pieces on the pork satay. They were so goooooood, just as good as the ones on Jalan Kampong Kuli and some say even better! 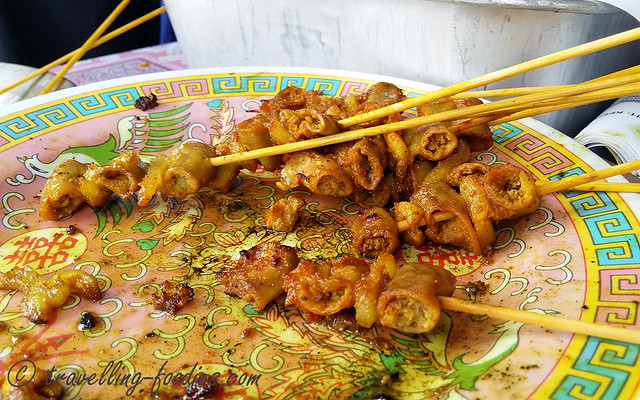 A final shot before finishing up the last few sticks. We had intentionally saved the intestine ones last because they are the “bestest” of the best! A close favorite would be the pork satay, followed by the chicken. Didn’t enjoy the liver ones as much as the others. Felt that the slivers of liver were kinda dry and powdery after grilling. So stick to our recommendations with the pork and if you are game for it, the intestine ones as well! If you had never liked intestine before, this might just be the thing that would change your mind!

It was a mad rush back to the hotel after polishing of the last few sticks. The wait at the satay house was longer than we had expected. We were told that such waits are “normal” and “mild” already as we were seated at a table to enjoy some cold drinks while the satay was also queuing to be grilled! The wait can get worse over weekends, including Fridays as folks have to queue just to get a seat. So please take our advice and avoid visiting over weekends. Unless you have time to spare that is. We were very very late, just barely 20 min left to the ETA of the coach that will pick us up at the very doorsteps of Casa Del Rio Melaka.  Thankfully we managed to catch a quick shower back at Casa del Rio Melaka, at the shower rooms near the gym. Yes this is one of the perks of staying at this beautiful hotel despite having checked out much earlier! Don’t get us wrong as we love the satay very much! But the last thing we would have hoped for is to carry the smell all the way back to Singapore after a long 4 hour coach ride! Introspect, we felt that it was well worth the wait as the satay were simply so good!

This entry was posted on October 13, 2016 by Alan (travellingfoodies). It was filed under Food, Travel and was tagged with Casa del Rio, chinese satay, melaka, pork satay, satay, sun mui hiong satay house.