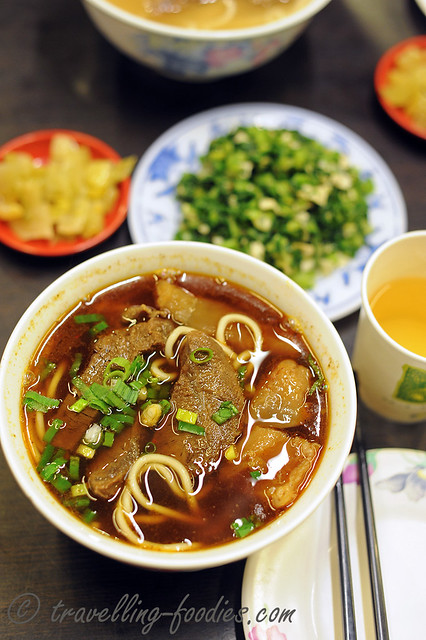 There are many iconic foods in Taiwan which one has to try. From aboriginal cuisine to classic Hakka dishes, the small island nation has much to offer. One of the food which I always make it a point to try whenever we are in Taiwan is their beef noodles, sampling different joints whenever possible, so here we are at 老张牛肉麵店 Lao Tzang Beef Noodles at Yongkang Street area. 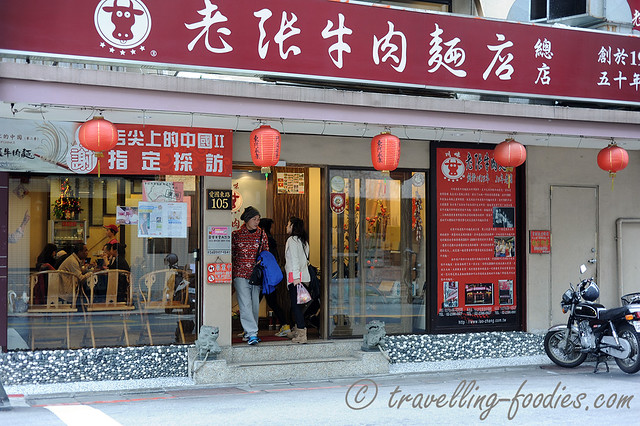 Like many of beef noodle joints around Taiwan, 老张牛肉麵店 Lao Zhang Beef Noodles is set up by a retired KMT soldier and his family, thus aptly named after what others call him. It is nested within the 大安 Da’an district which used to be  communal living quarters for these soldiers and families who retreated with Chiang Kai Shek to Taiwan during the 1949 exodus. Trying to make a living, they started a little makeshift stall with “al fresco dining”, under the sun and the stars until they’d made enough to start their own shop. It is now one of the most popular beef noodle joints in Taiwan. 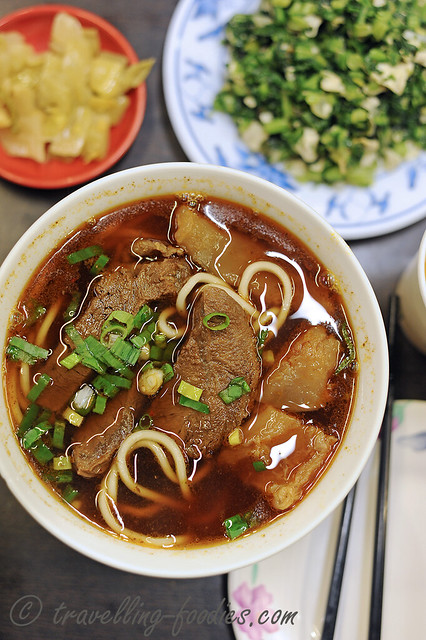 The shop offers beef noodles that come in several different soup base combinations. The most popular by far is the “braised“ 红烧 version, which is very savory with a slight hint of spiciness from its Szechuan influence. Their choice of meat cuts is excellent, 牛腱心 beef shank/shin which has tender meat interspersed with gelatinous tendon. On top of that, there are also succulent pieces of whole tendon on the side. Much more generous than what is offered at 永康牛肉麵. The soup base for both joints taste rather similar though I must say I prefer Lao Tzang’s which tasted smoother. And be sure to add copious amounts of 酸菜 pickled vegetables to enjoy with the noodles and soup and ask for another soupful of chopped spring onions like me! 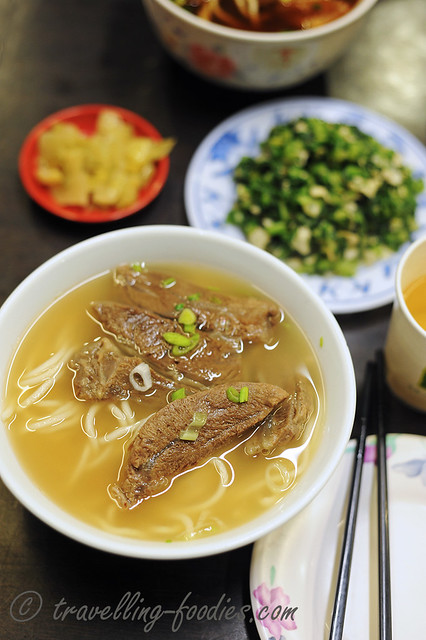 If one hopes for something lighter in flavour profile, their “lightly stewed” 清炖 soup version may suit them better. The soup base is less “provocative” than the braised version but no less yummy. One could enunciate the flavours of the beef more clearly here, from the bones that are used in the soup brewing. The beef slices are from the same stock and tasted just as wonderful as the braised ones. 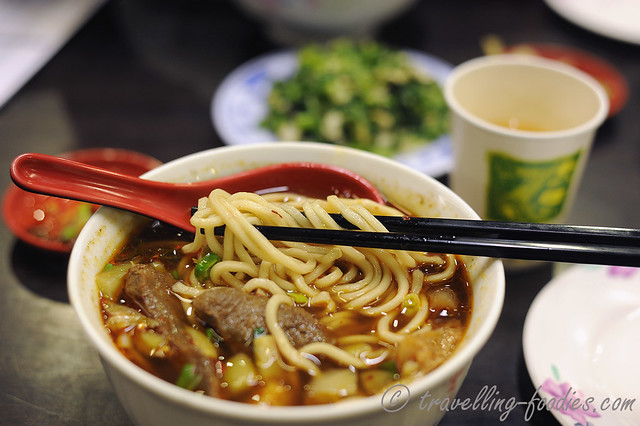 The noodles used here are typical wheat noodles which seemed to me a tad thicker than those served at most other places. They are perfectly cooked al dente where is there is a bit of 面心 left in the core to create a good bite profile. Very springy and chewy on the whole but be sure to slurp them down as soon as the bowl of piping hot noodles is brought to your table fully enjoy their chewy textures. If soft noodles is what you like, you can also request for the noodles to be cooked a while longer but don’t be surprised to be met with a frown on the waiting staff’s face for to them, that’s not what good beef noodles should taste like. 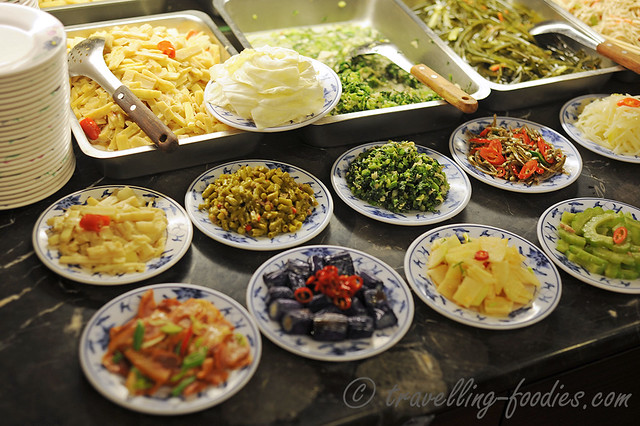 Apart from the beef noodles, Lao Tzang also has a good range of side dishes 小菜 one could order to go allow with the noodles and perhaps also a cold glass of 台啤 Taiwanese beer. They rnge from 卤竹笋 braised bamboo shoots to 凉拌海带 spicy kelp and I would say many of these are good alone as dishes to go with piping hot rice or just plain noodles! 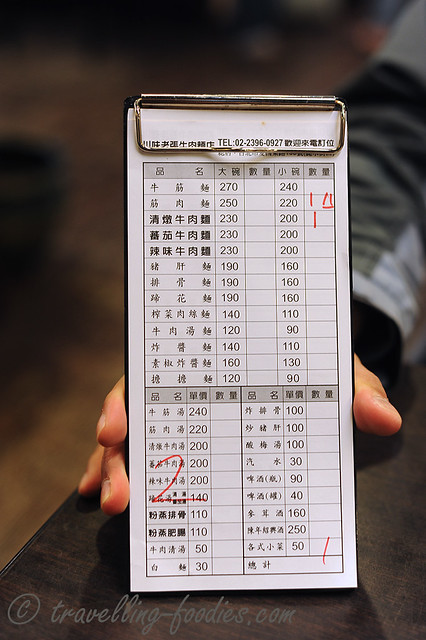 The menu at Lao Tzang is also considerably more expensive than other beef noodle joints elsewhere. I guess with fame comes the price, literally… That said, the “小碗” small portion of beef noodles is already very wholesome and hearty, so unless one won’t be eating for the rest of the day, I really won’t encourage ordering the 大碗 “large bowl” portions. Go with the 筋肉 combi which has a good meat to tendon ratio, though tendon afficionados may wish to go for an all tendon 牛筋 bowl.