Among the numerous popular hawker favorites, char kway teow has a special place in the hearts of many. It is a traditional fried noodle dish whipped up by street hawkers who gathered at the now-demolished Ellenborough Market just across Clarke Quay along Singapore River. The area was also a well known enclave of the early Teochew settlers who knew this place as tsah tsun tau 柴船头, owing to the provision of fuel-related goods like firewood, charcoal and kerosene in this area. At night, some of these hawkers take to the nearby old Thong Chai Medical Institution 同济医院  for the supper crowd who flocked here after a session of tua hee 大戏 aka Chinese wayang opera nearby or a movie produced by Cathay Organisation at Majestic cinema just a short stretch down Eu Tong Sen Road. But as peddling of street food waned in the 1980s as it became outlawed, gone were the days when these illegal hawkers had to scurry and run away from the health inspectors, colloquially known as 地牛 “tee gu“. Together with the establishment of hawker centres around the island, local delights like char kway teow spread to the heartlands and became everyone’s favorite as well. 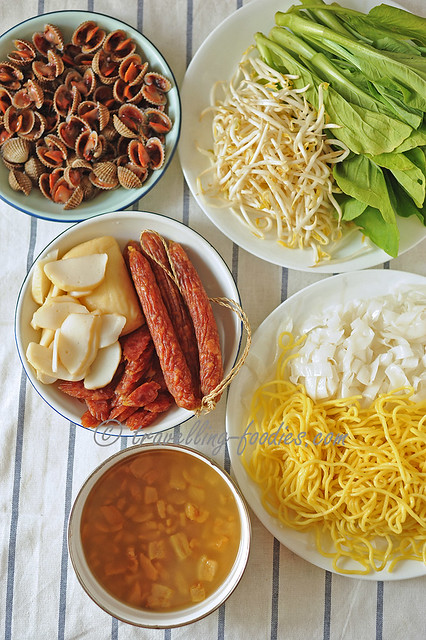 The traditional char kway teow is really simple “peasant food” when it comes to the ingredients, since the dish was basically food for the lower and working classes e.g. labourers aka coolies who worked in the godowns nearby. Many of these ingredients are part of traditional Teochew cuisine as well, like kway teow and fish cake. The humble char kway teow has since being “atasified” with the incorporation of seafood amongst other lavish ingredients but the factors that define good char kway teow remains unchanged… 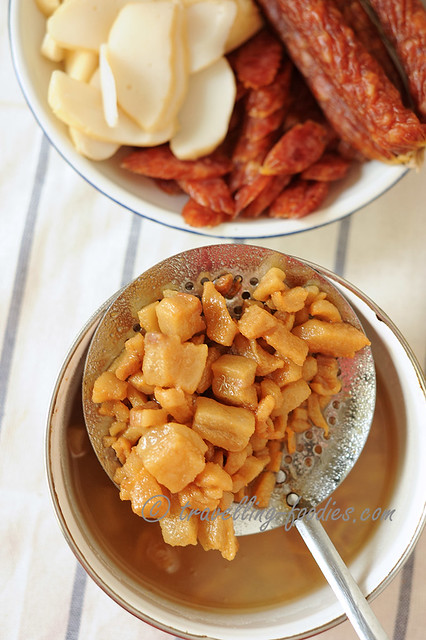 The use of lard aka bak yew, is for me one of the things I look out for in a wicked plate of char kway teow, not only for the unmistakable aroma it imparts, but also the crunchy bits of “la pok” bursting with goodness in every bite. . It used to be so common, not only in char kway teow but also other traditional dishes like hokkien mee (both fried and soup versions), bak chor mee, fishball noodles etc as well traditional confections like tau sar phiah and mooncakes . However, it has since become lesser of a norm now owing to “health concerns” raised over the use of lard being a culinary evil. Well, the same same argument had being said about coconut oil as well but look at how popular it is now. All a game of who wants to say what for whose benefits and trust me, most of these “benefits” ain’t health related. Taking lard out of the char kway teow likens removing an important coefficient out of an equation. You ain’t gonna be able to work out the math properly after that. It just isn’t gonna be the same anymore,  like having part of your soul ripped out of your body…. you get the idea… 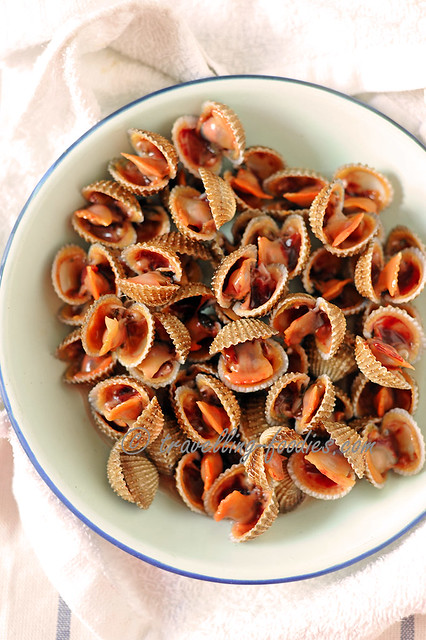 If bak yew constitutes part of the soul of a good char kway teow, the other part of its soul must surely be snée hum aka blood cockles. These bivalves use to be so commonly found along our coastal lines but no thanks to land reclamation and water pollution, large cockles have become increasingly scarce in our region. As such they also cease to live up to their name, i.e. to be ” truely bloody”. But let’s just savour what we can get and while we can. Who else loves “snée hum”  like me?

Despite the communal love for blood cockles, few know the true meaning behind the use of cockles in char kway teow. Back in Chaozhou, especially amongst the folks in 汕头 Swatow, blood cockles are a must for ancestral worship on numerous occasions. During the Chinese New Year prayers, blood cockles are an integral part of the offerings because long before coins and dollar notes were circulated, the shells of cockles and other bivalves were commonly used as for numismatic purposes to document wealth and transactions. During 清明祭祖 Cheng Beng ancestral prayers, cockle shells were customarily scattered over the ancestral graves in hope for the descendants to be blessed with much riches and wealth as well. 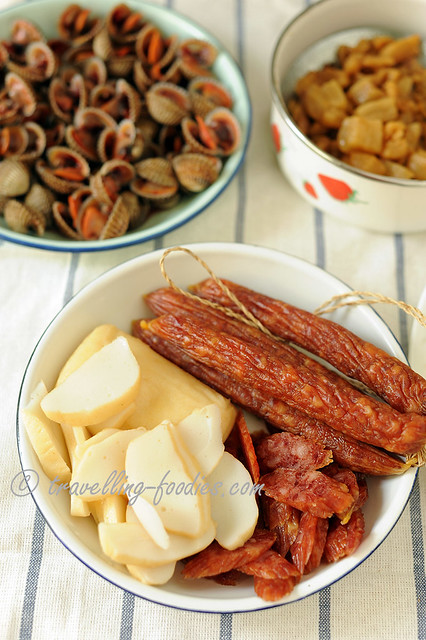 The other ingredients are really common as well, lup cheong aka Cantonese sausages and sliced Teochew fish cake. Apart from these, the vege department would include greens like kai lan or chye sim as well as bean sprouts. Traditionally, char kway teow included koo chye aka chinese chives as an ingredient as well. This should come as no surprise as koo chye is quite prominently featured in some Teochew dishes, like 韭菜粿 and 韭菜炒鹹豬肉 etc. However, the practice was “abandoned” by some char kway teow hawkers, particularly those who peddled in “pasar malams” and for an interesting reason.  Those were the days when triads and street gangs were a common sight in Singapore, whose members extort from these street hawkers in exchange for “protection”. Payment was made either in money or in free meals and sometimes both. These gangsters who were often involved and wounded in fights “request” for chives to be removed as it was commonly believed to impede the healing of wounds. 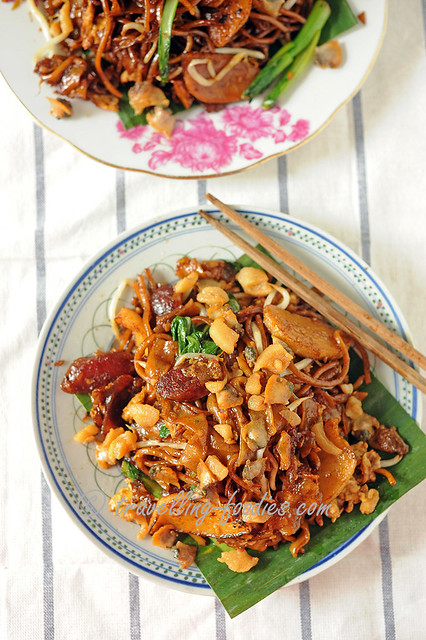 The use of banana leaves as a base in our local char kway teow was a common sight in the past, just like how opeh aka dried lower parts of a betel nut leaf stalk were used as for the noodle takeaways. This practice too was somehow forgotten but still thrives in other parts of the Chinese diaspora were char kway teow is too a popular favorite, like in Penang.

Before you start frying your first plate of char kway teow, there are several things to note. Firstly, always fry in small portions, best individually and for no more than 2. This ensures a good amount of “smokey flavours” from the “wok hei” to be properly imparted onto the noodles. Secondly, a cast iron or enamel wok/kwali for best results. Non-stick Korean-made or Teflon-base pans are a no go here if you want the char kway teow to taste remotely similar to those from the street hawkers. Thirdly, use the strongest flame your stove can conjure. Our domestic stoves will never have the same BTU levels as those used in commercial kitchens but that doesn’t stop us from trying. Get the pan really hot is one way to get near to what good char kway teow should be like. And lastly, lard oil is a must, if you intend to use vegetable oil as a substitute, prepare to be disappointed…