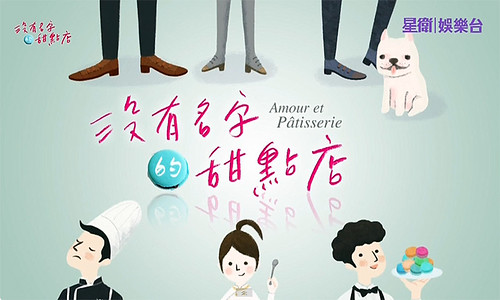 Sorry for the lack in updates from our recent Osaka trip. These two weeks had been hectic as hell for me with students’ mid-year exams round the corner. Trying to cram in as much last minute revision as possible. But alas I’d better get this going cos we are going Taipei next week and that would mean a severe backlog to clear! So here we go!

Patisserie Alcyon is another home-grown brand under “Anjou and Alcyon” whose humble beginnings in 1972as a restaurant in Shinsaibashi Osaka, specialising in Mediterranean cuisine. The patisserie branch debuted in 1986 and has since grown not only locally but reached the shores of France, with dessert boutiques in Paris. We visited their takeaway outlet in Umeda, Osaka which is reputed to have a very good selection of macarons. And indeed they do! 30 flavours in all!

END_OF_DOCUMENT_TOKEN_TO_BE_REPLACED

Before our trip to Keikanshin Japan, we did some reading up on the patisseries in the region which are accessible to us. The list was quite overwhelming frankly. But given the time constraint, we had to trim it down to a small compilation, mostly those with takeaway outlets within the depachika of major shopping malls like Daimaru, Takashimaya and Sogo. Jean Philippe Darcis, Michel Belin, Wittamer etc were just some of the international names that had landed in Japan over the last few years. But personally, I’m more keen on sampling creations by the Japanese patissiers.

From a recipe book “Monter au Plus haut du ciel” published by MOOK, I learned about Hayashi Syuhei 林 周平 a patissier from Kagawa Prefecture in Shikoku and now currently based in Kobe with his own Patisserie, Mont Plus. The book title, literally meaning “To Reach for the Skies” was very intriguing and so were the creations within. Kobe wasn’t on our itinerary but thankfully, Hayashi san opened an outlet, mont plus PAYSANNE in JR Osaka Station in Umeda. I knew I had to pay a visit to sample his works.

END_OF_DOCUMENT_TOKEN_TO_BE_REPLACED

Talk about french baking and macarons easily comes to mind. And the one name that is almost synonymously equated to macarons is Pierre Hermé. The celebrated French patissier is renowned and worshipped around the world by dessert and sweets afficionados for his edible masterpieces. Enshrined as the “Picasso of Patissiers”, the one creation which is most often tagged onto him  is the Ispahan.

7-cm wide macaron shells in brilliant pink enclosed with a mélange of fresh raspberries, canned lychees and rose petal buttercream, this must had been one of the most bizzare-sounding desserts on the menu that Pierre Hermé created when he was still with Laduree. He is afterall a revolutionary in the French culinary scene, constantly introducing mind-boggling ideas for desserts and patisseries which come in bewildering combinations of flavours or presentation that inspires to astound the world both visually and gastronomically!