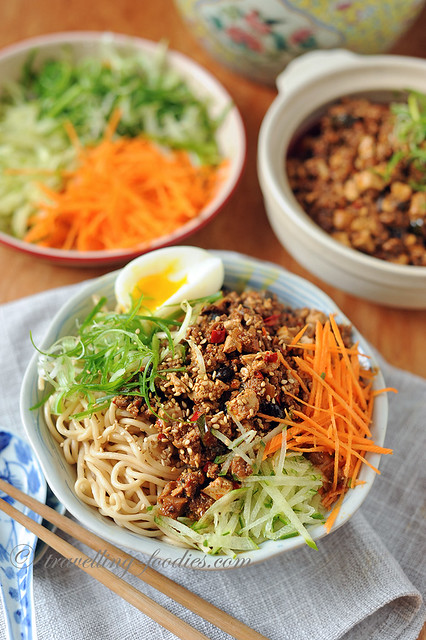 Tuesday homecooked lunch – 川味炸酱面 Szechuan style Zhajiang Mian. Many of us are accustomed to eating the 老北京炸酱面 Beijing version of Zhajiang Mian or better known as 京酱面 or even the Korean “Jajangmyeon” but not many might have tried the Szechuan version of this noodle dish which one ironically, may not be able to find in Sichuan China itself! This is only because it is an improvisation of the original form, cooked and sold by the KMT soldiers and their families from Sichuan who retreated with Chiang Kai Shek in the mass exodus from Mainland China to Taiwan in 1949.
END_OF_DOCUMENT_TOKEN_TO_BE_REPLACED 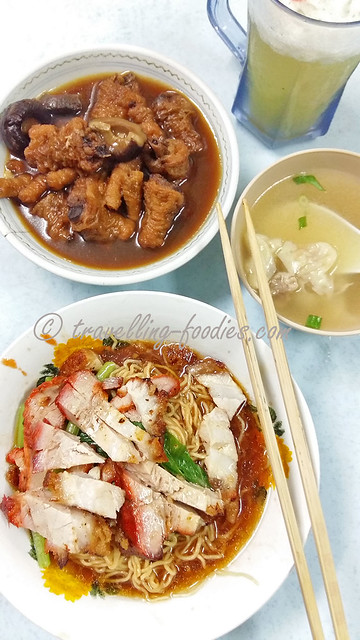 When one is in Melaka, one is never short of things to eat. From the morning breakfast fare to the night time supper joints, Melaka offers a good range of delectables with something for everyone. During my recent trip to Melaka, I stayed at The Sterling which is located in Bukit Cina. After a tiring day out, I wanna find some supper nearby to keep my tummy happy before a good night’s sleep. A quick check with the concierge staff for makan recommendations at this hour and I am off to Restoran Dong Fung just a stone’s throw away to try out their wanton mee.
END_OF_DOCUMENT_TOKEN_TO_BE_REPLACED

I used to live along Upper Serangoon Road near the old Lim Tua Tow Market where there was lots of good and cheap hawker food around. Those were the days when our area were the only HDB blocks around and the vicinity was just nothing but a Teochew cemetery. Serangoon Central came later and NEX Shopping Mall didn’t even appear until 20 years had passed. The crocodile farm was still around and Upper Serangoon Shopping Centre was not a ghost town like today. Down my old block there used to be quite a good wanton mee stall, operated single-handedly by a middle-aged lady whom we refer to as the “wanton mee auntie”. Our favorites were her 鳳爪麵 “fung zau meen” with succulently braised chicken feet, that my mother forbade us from enjoying as it was believed that eating chicken feet during one’s pre-pubescent years can result in trembling hands and thus ugly handwriting.  We ate nonetheless, secretly buying from the “wanton mee auntie” of course, telling her they were for my mum! So yummy! How to resist!? For us, wanton mee auntie’s 鮮蝦水餃 sin har shuei gau was something special as well. It was a time when 1.50 can get you a bowl of springy egg noodles in yummy soup along with three plump shuei gau and an additional 50 cents can get you two more. Long gone are the days of cheap and affordable hawker food of course, and long gone are the days of authentically cooked hawker food as well…
END_OF_DOCUMENT_TOKEN_TO_BE_REPLACED

July comes almost to end and with that the MFF Selangor Food Fest as well. This month, I’d managed to recreate 3 dishes from Selangor, the most I’d done to date for any MFF month I think, save for the inauguration of this monthly online “cook-along” event with Melaka last August. Klang Bak Kut Teh was a personal challenge I’d set for myself while Sekinchan Shark Porridge was through the initiation by Wendy, and Hakka Pan Mee was simply because it is so immensely popular that every other food blogger taking part this month seems to have cooked it and it is almost sacrilegious not to follow suit! With just 2 days left, I’d managed to squeeze some time to whip up another simple but splendidly delicious dish from the nation’s capital, Kuala Lumpur, Fried Hokkien Mee which is incidentally also a dish that reminds me much of my childhood.
END_OF_DOCUMENT_TOKEN_TO_BE_REPLACED

Making lunch for one is often a simple yet ironically troublesome affair. When I’m at home over lunchtime, its usually involves whipping up a simple fried rice or  instant noodles to be enjoyed with luncheon meat, chicken franks or CP shrimp wantons! Instant gratification I tell you… well, its more like less washing up for me afterwards! A couple of days ago, Eelin from the batter baker was asking me over MSN what she could do with hoisin sauce and leftover tau kwa and there could only be one answer, 炸醬麵 Zha Jiang Mian! Its easy to prepare as long as you have all the ingredients in place and yet, it could easily be tailored to suit your own liking or more importantly whatever’s in your fridge. Today I found myself craving for this dish which I hadn’t made in quite a while. So here goes!
END_OF_DOCUMENT_TOKEN_TO_BE_REPLACED