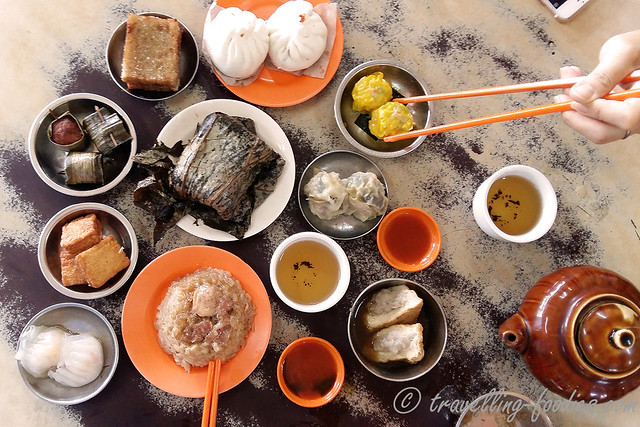 Unknown to most tourists who only know Jonker Walk as a shopping district with a weekend night market, this area located on the northern banks of Malacca River is commonly known to the locals as “Melaka’s Chinatown”. Flanked by Heeren Street and Harmony Street on its sides, there are many old surname clans and locality associations, i.e. the Hokkiens from Eng Choon 永春, the Hakkas from Fui Chiew 惠州, and the Cantonese from Kong Chew 冈州 and SamSui 三水 found here, just to name a few. These clans and associations once helped their fellow kinsmen who either bore the same surname, or came from the same hometowns back in China before migrating to this region is search of better livelihoods, in numerous ways, including finding lodging and jobs, writing letters to the families back in Mainland China, providing a venue for folks whose families are not here with them to get together during celebratory activities and festivities, and of course to as simple as finding someone who could speak their same colloquial tongue to talk to,  exchange news and gossips with, just to ease those moments of homesickness.

Over time, many Chinese eateries and small delis also sprung up around these clans, selling foods which the folks were familiar with, like hailam kopitiams near the Hainan Association, and of course 榮茂茶室 Low Yong Moh Dim Sum Restaurant along Jalan Tokong.
END_OF_DOCUMENT_TOKEN_TO_BE_REPLACED

Dimsum is one of those things which you would probably not wanna miss when you are in Hong Kong. It is one of those things which Cantonese cuisine is symbolically known for, amongst other dishes of course. In the past, dim sum was largely enjoyed as breakfast, i.e. a few bamboo baskets of steamy hot savory and sweet treats, alongside a pot of Chinese tea, not forgetting the daily papers and weekly gossips. This is still a common sight in many traditional Chinese restaurants for the regular Hong Konger. However, dimsum culture has extended its hours way beyond sunrise, right into the day. In fact, while many of the more traditional Chinese restaurants known for serving dimsum open really early in the morning, many of the newbies who sprung up over the last couple of years and rose to stardom as “dimsum specialists” start their daily operations only just before lunch-time!

For our recent trip, we stayed at a hotel which offered breakfast, serving croissants, scones and my favorite fruit conserves, which we have no reason to refuse. So our dimsum breakfast plans in our itinerary were conveniently shelved. But fate has it that we should be in the Mongkok area when it suddenly poured. Determined not to be deterred by the wet weather, we opted for a contingency plan, one which involves eating but of course! I remembered that there is a Tao Heung outlet near where we were and a quick navigation over GPS confirmed that we were in fact just steps away. So dimsum breakfast we were meant to have, nicely worked out to be dimsum lunch instead!
END_OF_DOCUMENT_TOKEN_TO_BE_REPLACED 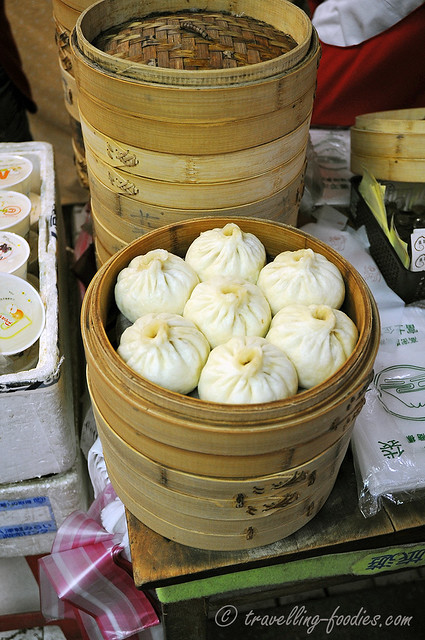 Whenever we are on an early morning flight to Taipei, we would always make it a point to drop by Zhongxiao Fuxing MRT Station from the airport even when our hotel is actually one stop away. That is because one of our favorite breakfast joints in Taipei is located here. 姜太太包子店 is a very popular pitstop to get fueled and watered by the locals. There is usually a queue whenever we visit be it the working crowd getting their breakfast takeaways on their way to their office during the morning rush hour, or mothers or grandmothers packing buns by the dozens for family members to enjoy as an all-day-long snack.
END_OF_DOCUMENT_TOKEN_TO_BE_REPLACED

Think cheapest Michelin-star food joints and 添好運 Tin Ho Wan immediately comes to mind. Just google for “michelin dimsum” and pages upon pages of reviews pour forth, some raves and others rants. It had been under much limelight as THE dimsum deli with a michelin star. Yet little known to most, it is not the ONLY dimsum deli which rose to join the stellar cast of other michelin establishments and most certainly not the only one in Hong Kong. Just two years after Tin Ho Wan shot to fame with its conferrment by the reowned food guide, yet another little restaurant, One Dimsum 一點心  specialising also in these little morsels of savory and sweet shot to stardom (pun intended!). Despite having earned its one Michelin star two years back, it seems almost puzzling that there is so much less hype over One Dimsum 一點心 compared to Tin Ho Wan. Why so? Let’s try to find out…
END_OF_DOCUMENT_TOKEN_TO_BE_REPLACED