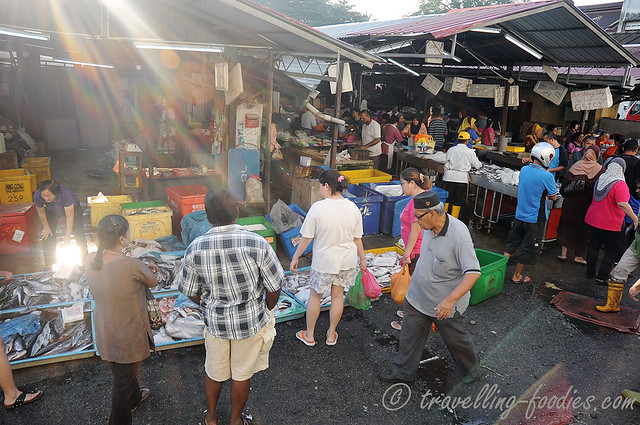 Whenever I am overseas, I love visiting the traditional “wet markets” which the locals go to for their groceries and daily produce. It provides a real glimpse of what the locals eat and the cuisines that develop as a result.  During one of my recent visits to Melaka, I was brought to the Pasar Pulau Sebang morning market located at the heart of Tampin by a friend who guaranteed that I would love love love this place. And boy was she right!
END_OF_DOCUMENT_TOKEN_TO_BE_REPLACED

This month’s Malaysian Food Fest features the local cuisine from Negeri Sembilan, which is known for their liberal use of chili, especially bird’s eye chili aka chili padi by the locals. Like all the other MFFs of other states, I am keen on the look out for unique dishes which are representative of that region. Negeri Sembilan was no exception. Through Wendy, I came across daun puding, commonly grown for ornamental plant for their beautfiul shades which the foliage manifest in, from mauve to maroon. Spent the whole month looking for it in Singapore but to no avail. Apparently not that common in Singapore. And just as this month’s event reaches its closing, I finally found a small patch of it within walking distance from where I reside. But I was kind skeptical as plant I saw did look kinda different from the others over the internet. Not wanting to risk having sakit perut or worse, cirit-birit I abandoned the idea of cooking rendang out of it. I settled for something less exotic, but no less delicious, Rendang Daging Rembau.