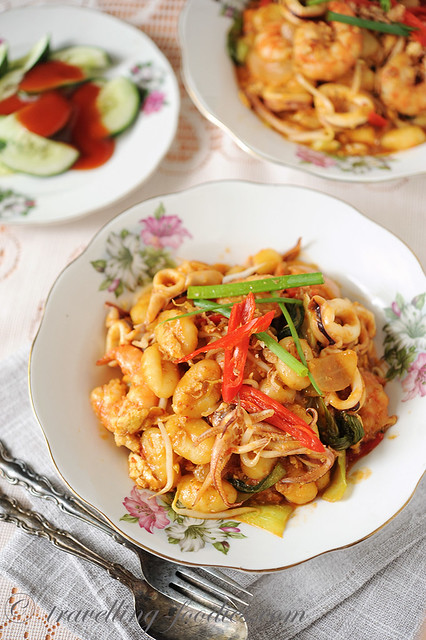 I love mee goreng of any style, be it the dry and smokey Indian “mamak” version or the slightly moister yet full of “tze char” way of frying mee goreng which became popularly known as “Punggol Mee Goreng” here in Singapore. We cook it quite frequently at home too, pulling together elements which I like from the various versions I have tried before into a single plate. When I was given two packets of Casa Rinaldi’s gnocchi to create recipes with distinct “local taste” the first thing that came to my mind was “Seafood Gnocchi Goreng”!
END_OF_DOCUMENT_TOKEN_TO_BE_REPLACED 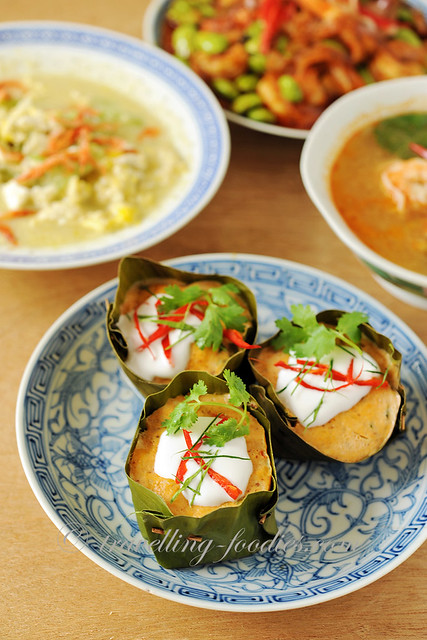 I think I’d been complaining too much lately about the wretched weather but I’m pretty sure I’m not the only one who is suffering under the heat. Desperate ends call for desperate measures and you know when you can’t beat ’em, you should jolly well join ’em! Combating the heat with more heat, well sorta! So here I am, whipping up an early week homecooked meal with some of my favorite spicy dishes. It sure feels good after a thorough sweat out eating the dishes and slurping the Tom Yum Goong! As a special treat for myself, I’d made some Hor Mok as well!
END_OF_DOCUMENT_TOKEN_TO_BE_REPLACED 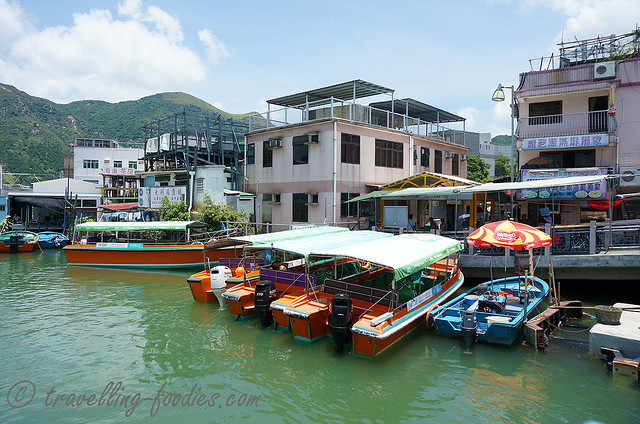 Hong Kong, a metropolitan city often described in books as the “Far East” or “Pearl of the Orient”, is a commercial and financial hub bursting with energy from all the hustling and bustling around. Take a walk along one of the many busy streets be it Nathan Road or Times Square and one would be quick to “get lost” amdist the towering skyscrapers that loomed above while folks skirted around and scurried below, everyone seemed to be in a frantic hurry. The pace of living here is incredibly fast, so fast that one becomes easily breathless trying to stay in pace and keep up with the daily episodes that rapidly unfold, be it you like it or not. Yet just an hour or so away from all this frenzy, there is a place tugged in one small corner of this once-British colony that seemed to have been transfixed in the past and lost in time, where tourists and even the local folk would visit, especially over the weekends, to catch a glimpse of the yesteryears and also keep their sanity in check. And that place is 大澳 Tai O Fishing Village on 大屿山 Lantau Island.
END_OF_DOCUMENT_TOKEN_TO_BE_REPLACED

煮炒 “tze char“ is a very common culinary concept in this part of Asia. Analogous to the makeshift stir fry and noodle stalls in Bangkok and 大排档 Dai Pai Tung in Hong Kong, the term “tze char” is a kind of street food culture unique to Singapore and Malaysia. In Singapore, the popularity of  “tze char”  rose gradually after the post-war years and thrived all the way up to the 1980s when these pushcart stalls could be seen in practically most living quarters as well as areas known for night entertainment like amusement parks and cinemas. With the popularising of “HDBs”, these makeshift “tze char” stall owners abandoned their practice to deck out foldable formica-plastered tables and wooden chairs for al fresco dining every evening, and of course the need to brave through bad weather, pit their wits and avoid harassment from the “teh gu” 地牛, a colloquial term for government officers in charge of raiding illegal street hawkers, not to mention the collection of “protection money” from triads who were “in charged” of the “turfs” the stalls were located in. They made their way into the heartlands, and became “anchor tenants” of kopitiams while some of their names grew so big, like 肥仔荣 Fatty Weng and 香港珍记 Hong Kong Chun Kee that they were able to own the entire coffeeshops for themselves, while others went on to open their own restaurants. Depending on the culinary background of the 总铺 chong po or head cooks, one could order a wide range of dishes representative of different dialectal communities from these “tze char” stalls, from the more standard dishes like pai guat wong 排骨王,  frog legs with ginger and scallion stir-fry 姜葱田鸡腿, braised fish head 红烧鱼头 for communal family dinner eat-outs, or opt for takeaways of one-dish meals like mui fun 烩饭, yuet kwong hor 月光河, fried rice vermicelli “Singapore style” 新州炒米, and of course my favorite 煮炒福建面 Tze Char Hokkien Mee.
END_OF_DOCUMENT_TOKEN_TO_BE_REPLACED

Pastas are my absolute “to-go-tos” whenever I need a quick lunch. I think that is the same for many of us. I love doing Asian fusion pastas, incorporating elements of the traditional Asian cooking into the traditional Italian dish. But once in a while, I like to go back to the neopolitan classics and whip up simple recipes of cabonara, alfredo, ragu etc. The simplest of them all must surely be the Spaghetti Aglio e Olio. So fast to prepare and accompanied with fresh seafood which takes just seconds to cook, it makes probably the most gratifying meal cooked in less than 15 minutes!
END_OF_DOCUMENT_TOKEN_TO_BE_REPLACED 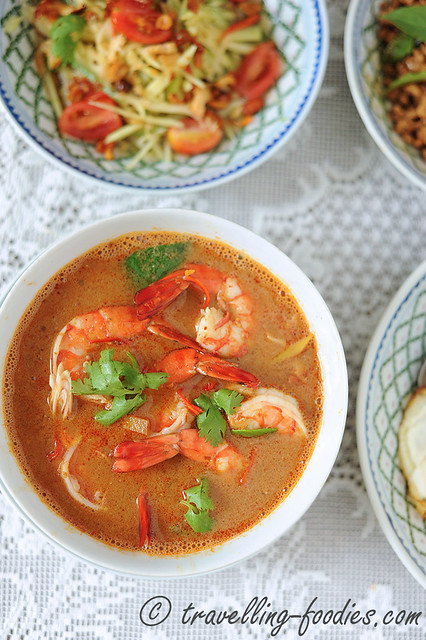 If Pad Thai is the national dish of Thailand, ต้มยำกุ้ง Tom Yum Goong must surely be the mother of all Thai soups. Being sour and spicy at the same time, it is perfect to whet one’s appetite, be it under the gruelling summer heat, or against a drab and grey rainy day. Like many dishes in Thai cuisine, a good Tom Yum is characterised by the liberal use of herbs and aromatics, not to mention those fiery bird’s eye chili, much loved and hated at the same time, as the melange of flavours explode in our mouths with each sip.
END_OF_DOCUMENT_TOKEN_TO_BE_REPLACED